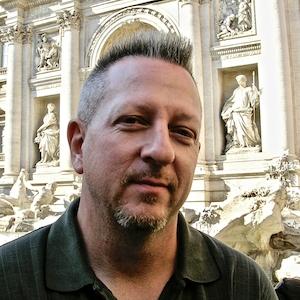 A nine-time Pulitzer Prize-nominated and national award-winning journalist, John Valenti has worked almost four decades for Newsday, a major New York daily newspaper. He authored the critically-acclaimed Swee'pea, a non-fiction book about playground basketball in New York City first released for a small independent publisher in 1990, selling more than 21,000 copies. The book was updated and re-issued in 2016 by Simon & Schuster imprint Atria Books. He has appeared on hundreds of TV and radio shows, including Good Morning America, and is featured in the award-winning documentary The Legend of Swee'pea by Benjamin May and the Emmy Award-winning ESPN 30-for-30 Big Shot, directed by Kevin Connolly of Entourage fame. Big Shot is about how con man John Spano managed to buy the NHL New York Islanders and how Valenti led a team of reporters that uncovered the massive fraud -- and landed Spano in federal prison. At one point, Valenti found Spano hiding in the Cayman Islands when the FBI had no idea where he was . . . In addition to finishing his first novel, For Nothing is Hidden, which also is currently being offered for sale, Valenti is working on a second novel and also has written the World War II screenplay Ploesti, featured here on The Black List. He also is revisiting an earlier screenplay he'd written called The Other Side of Nowhere. A winner of multiple national awards for his work, including being honored by both the Associated Press and the Society of the Silurians, Valenti spent 20 years as an award-winning sports reporter [his investigative work led to sanctions against the University of Nevada-Las Vegas basketball team when they were No. 1 in the nation, as well as the dismissal of the legendary Jerry Tarkanian as coach] and has spent the past two decades as an award-winning news reporter, also for Newsday. He has covered the NHL, NBA, Major League Baseball, professional boxing and horse racing, and has interviewed a host of internationally-known athletes and figures, among them Pele, Diego Maradona, Michael Jordan, Mike Tyson, Evander Holyfield, Julius Erving, Grete Waitz, Steffi Graf, Billie Jean King, Mario Andretti and the first two men to walk on the Moon, Neil Armstrong and Buzz Aldrin. Ploesti, based on a true story, is his first screenplay offered for sale.

Almost 200 high-altitude U.S. heavy bombers raid Nazi-held oil fields in Rumania. Based on one of the most-daring -- and, most-controversial -- missions of World War II. Told through the story of a fictional set of brothers, the eldest haunted by a line from Dracula as he shoulders the burdens of war and brotherhood, as well as real key and ancillary participants. [Real brothers flew on the mission, by the way. And, note: In 1943, the country was spelled Rumania NOT Romania.] By a national-award winning writer and first-time script-writer who used first-hand reporting, exclusive interviews of raid participants and access to a once-SECRET U.S. post-mission report, as the basis for the telling. THE MOST-RECENT EVALUATION / REVIEW SAID OF THE SCRIPT'S STRENGTHS: "The premise likely has broad, mainstream, international appeal. This script features some truly spectacular aerial action, that is wrought with suspense, rendered with unimpeachable authenticity, offers prospective directors heaps of dazzling cinematic material to work with, and is sure to leave moviegoers breathless in more than a few scenes. That the bombers are flying so low makes the spectacle even more visually striking and unique. The dialogue crackles with life, is solidly characterized, finely tuned to the period setting, and is at times very funny. The globetrotting setting adds appropriately epic scale and scope to the war adventure. The ending is cathartic and moving." THE FIRST EVALUATION of this REVISED FIRST DRAFT gave it a 9/10 for DIALOGUE and stated: "With a bit of further development, could become a truly special project in the vein of SAVING PRIVATE RYAN."] The Black List evaluators wrote in reviews of both the original draft and the revised draft: 1. "The scale of the wartime aerial sequences are designed to rock a theater . . . The script's realism is further enhanced by great dialogue that rings true to the brotherhood -- and sometimes naiveté -- of military men thrust into war. The script is highly aware of how to leverage its high stakes against a compelling ensemble of heroes." 2. "The story is epic and both the mission's victories and tragedies are told compassionately and truthfully . . . Succeeds as a war epic, humanizing a gigantic event [in] history and honoring the men who were a part of it." 3. "The utter chaos and 360-degree violence seen in [the] prolonged climactic battle is the stuff war film dreams are made of." 4. "Doesn't neglect the human side of war: how the characters respond to it, how they endure it (or don't), and how it challenges their own ideals." 5. "Ploesti is indicative of a writer who cares deeply and is personally invested in the history of this event." 6. "This is a potentially compelling, true story about duty, courage, and brotherhood, much like SAVING PRIVATE RYAN."