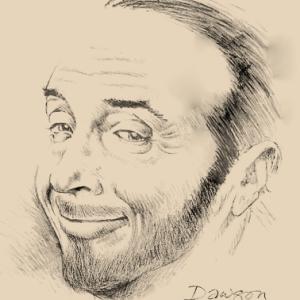 John Dawson has had an eclectic career working extensively in many areas of both the visual and dramatic arts for over 25 years.He has studied, written, and acted with numerous comedy troupes including N. America’s famous Second City Theatre (Toronto company), the forerunner and principal casting pool for Saturday Night Live. While in Toronto, he wrote and performed regularly with numerous troupes as well as served as art director on films and theatrical works .

He has served as screenwriter, story consultant and script editor on film and TV projects, receiving support from Screen Ireland, Creative Europe Media, the 22nd eQuinoxe Screenwriters Workshop in Germany, and the Harold Greenberg Fund, the development arm of Bell Media, Canada. At present, he has numerous live action feature film screenplays in development and is currently serving as head writer of a kids' animated TV series inspired by a successful Irish computer game.