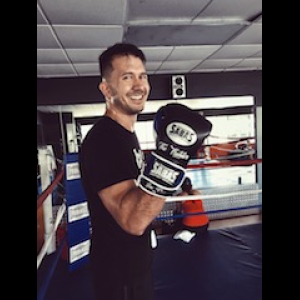 I'm a screenwriter and martial artist based in Los Angeles. Half Thai, I was raised in Kansas City and graduated from the University of Missouri with a degree in Journalism. During acting school in New York City, I wrote my first script which secured me my first agent, and, soon after, I won the best short screenplay award at the Boston International Film Festival. Recently, I've combined my two loves- martial arts and writing- in a screenplay I wrote with Director/Writer Joe Carnahan (Narc, The Grey, Smokin' Aces, The Blacklist). The title of that script is Pound for Pound.

In Hollywood 2015, Leonardo DiCaprio has yet to win an Academy Award, and Ben isn't just going to accept that.