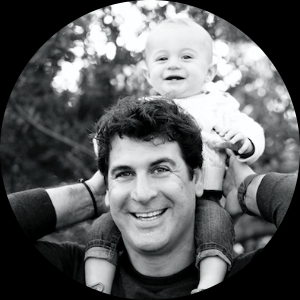 Joe Rosenbaum's cat-and-mouse thriller PAPER TRAIL, written with long-time collaborator Louis Rosenberg, sold to Sidney Kimmel Entertainment after being a Finalist at the Austin Film Festival. He also sold or optioned projects to Echo Lake, Rivulet Media, Crystal City, and Zero Gravity and published fiction in The First Line. Joe and Louis have won numerous screenwriting awards, including the Page Award for Historical Fiction. In addition, the pair also won Innovation of the Year at SXSW for pioneering Swarm AI, a breakthrough technology aimed at increasing the intelligence of distributed groups now in use at the United Nations and the USAF. At Princeton, Joe studied creative writing under Joyce Carol Oates and David Ebershoff ( author of The Danish Girl ) and won both an NCAA D1 championship in lacrosse and the school's fiction prize. He lives in Baltimore with his wife, two sons, and a Brittany spaniel named after his favorite character in THE WIRE.

A young editor receives a true-crime manuscript from a notorious inmate, but soon finds himself drawn in to more than just the writing... he's been ensnared in the crime itself.

THE PRINCE OF ORANGE

When an isolated Dutch artist finds himself marked for the concentration camps, he joins a band of resistance fighters to clear his name...and destroy the Nazi death lists entirely. Based on the true story.