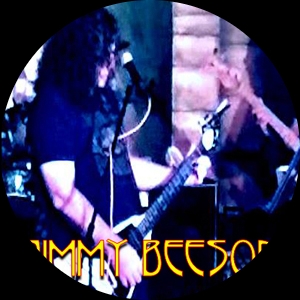 Jimmy Beeson is a Screenwriter, editor, composer. A veteran of The L.A. Rock Scene. The former frontman of the late 80s / early 90s hard rock band 'Shatter'd Image' and later the lead singer/guitarist for gospel hard rock band 'Divine Ryte' Jimmy has been involved in music for over 35 years. While influenced by such 70s bands as Led Zeppelin, Aerosmith, AC/DC and the like as well as the great Blues artists such as B.B King, Bobby Bland and Freddie King, Jimmy has always strived to create a unique sound while sticking to rock n rolls earliest roots.