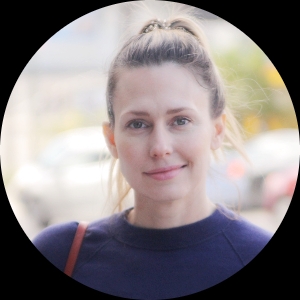 Jessica Makinson is a writer, director, actor and voice-over artist based in Los Angeles. She is best known for her 15 seasons as a series regular on Trey Parker and Matt Stone’s Emmy Award winning SOUTH PARK.

As a writer, Makinson was involved at the developement level for series HALFWAY HOME. She then sold her first pilot, JENN JEFFRIES: PROFESSIONAL STALKER, to Comedy Central. Makinson’s first feature script DisPlaceMent was twice a second-round selection for the Sundance Screenwriters Lab 2020/2021 and a quarter-finalist in the ScreenCraft Film Fund Fall 2019.

As a director, her first short, SKIN, premiered at Fantasia Film Festival with the all-female-directed block of genre shorts, BORN OF WOMAN, which went on to tour at festivals around the world. Her second short, SEXXY DANCER, premiered at Marfa Film Festival and earned a rave review from Vogue: “Laughter bellowed through the audience during Jessica Makinson’s hilarious short film…” She is currently in post-production on her next short “The Sisters Lee” starring Janet Varney (Stan Against Evil), Michael Hitchcock (Best in Show), and Jeff Daniel Phillips (The Munsters)

In a drought ravaged Los Angeles, 25 years in the future, a woman in her 60’s is stubbornly one of the last holdouts living happily in her single-family home until the night she must defend herself against an intruder, killing them. Terrified, she seeking refuge in The Hive, a passive house of the future that houses thousands of humans in a carefully controlled environment, joining a way of life that she railed against in order to survive.