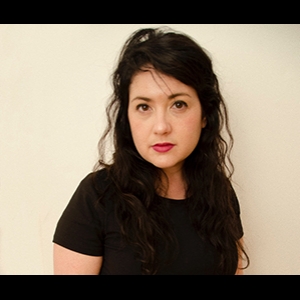 Jenny Kleiman is a NY-based screenwriter, director, and producer. She was recently featured by the Austin Film Festival and No Film School as #5 on the “25 Screenwriters to Watch in 2021” list. Her latest short, SOFA QUEEN, received over twenty international festival selections and won thirteen awards (including the Grand Jury Prize at Film Invasion LA).

Jenny’s narrative work "finds the fun and funny in trauma," united in thematic explorations of changing gender roles, sex, and the taboo. She puts the Queer Jew in LGBTQ, and her expertise lies at the weird, genre-bending intersection of dark comedy and thriller. When she’s not writing and directing, Jenny is a ‘Script to Screen' Counselor and Coach helping writers and filmmakers of all identities to develop complex women, BIPOC, and LGBTQ+ protagonists.

After losing her mother and a grade-A Hollywood meltdown, celebrity actress, Ivy Collette, agrees to check herself in for "exhaustion" at psychiatric care resort. But on the road to recovery, her car breaks down in a one-stop-light town. Unrecognized by the zany townspeople, she assumes a false identity to perform the role of a lifetime: a detective sent to solve the real-life case of three missing girls. A half-hour crime comedy in the vein of BARRY set in a TWIN PEAKS-esque town helmed by a woman protagonist.