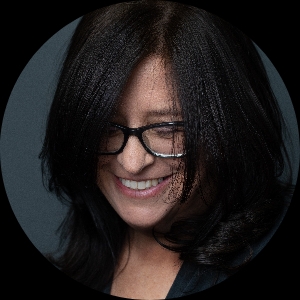 Jennifer Maisel’s The Last Seder premiered Off-Broadway with Gaby Hoffmann and Greg Mullavey after productions around the country and abroad. Her Out of Orbit was workshopped at the Gulf Shore New Play Festival as well as the Sundance Theatre Lab, and was awarded an Ensemble Studio Theatre/Alfred P Sloan rewrite commission for plays about science and technology before making the 2016 Kilroy List and winning both the Stanley Award and the Woodward Newman Award for Drama. It premiered at Williamston Theatre and Bloomington Playwrights Project in 2018. Her Pen West Literary finalist There or Here had its London premiere in January, 2018. Her @thespeedofJake, also a Pen West Literary finalist, premiered in LA with Playwrights’ Arena. Before its critically acclaimed world premiere at Antaeus theatre in the fall of 2019, Jennifer developed Eight Nights with the Berkshire Playwrights Lab, Bay Street Theatre, Playmakers, Moving Arts and Antaeus; that production was nominated for nine coveted Ovation Awards, and won for Best Playwriting. The play was also part of nationwide fundraiser for HIAS called 8 nights of EIGHT NIGHTS. Jennifer was one of seven playwrights commissioned by Center Theatre Group and Playwrights Arena to create The Hotel Play, a site-specific work created in commemoration of the 25th anniversary of the LA riots. Jennifer was one of five writers in the prestigious Humanitas 2018 PlayLA workshop, where she wrote her play Better. In April 2021 she was the Travis Bogard Artist in Residence with a Tao House fellowship, writing a new play called Yellow Wallpaper 2.0 2020 on Eugene O’Neill’s former estate.

In the world of film and television, Jennifer recently developed an original pilot called The 626 with Super Deluxe and adapted two Jane Green novels – Tempting Fate and To Have and to Hold – that aired on Lifetime in June 2019 starring Alyssa Milano and Erika Christensen. She worked on a movie about campus rape and institutional betrayal with Just Singer Entertainment. Her screenplay, Lost Boy, was filmed starring Virginia Madsen. She wrote The Assault and The March Sisters for Mar Vista Entertainment and Double Wedding for Jaffe Braunstein. She has written movies for NBC, ABC, MTV, Lifetime and Hallmark, was a staff writer on the television series, RELATED, wrote a pilot for ABC Family and developed an animated feature for Disney. She co-created the critically acclaimed web series Faux Baby with Laura Brennan and Rachel Leventhal. The screenplay adaptation of her play THE LAST SEDER won Showtime’s Tony Cox Screenwriting Award, meriting her a month’s stay in a haunted farmhouse at the Nantucket Screenwriter’s Colony. She has developed original pilots with Lucky Monkey Productions, Bunim-Murray, Ineffable, Stun Media and MomentumTV. jennifermaisel.com

EIGHT NIGHTS, OUT OF ORBIT, THE LAST SEDER
WGAW
« »

Winner of the Ovation Award for Best Playwriting, Eight Nights tells the story of the lives that inhabit an apartment from 1949 to 2016. Rebecca, a young Holocaust survivor and refugee, is finally free to start anew in the United States, as she confronts the past that haunts her, alongside her father, husband, friends, daughter and granddaughter. The play takes place over the eight nights of Chanukah, spanning eight decades of Rebecca’s life, gracefully weaving together heart-aching moments with dark yet life-affirming humor. The story touches upon not only the story of Jewish Holocaust survivors, but also the global refugee experience, and acknowledges the trauma mirrored in the African-American community, with interned Japanese citizens and the current Syrian crisis.