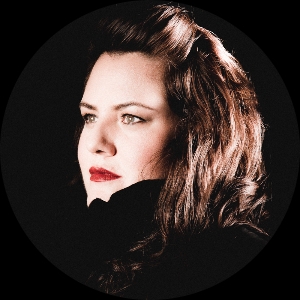 I'm Jen, a Latina television writer/actor and consultant. Originally from Chicago, I now live in Los Angeles. I am the daughter of a fierce Colombian immigrant mom and a basketball player turned child psychologist father. In 1998, I graduated from The Theatre School at DePaul University and moved to Los Angeles. But instead of acting, I ended up spending my 20s working as the office manager for Nicolas Cage's production company, Saturn films. I also got my Master's Degree in Counseling Psychology. In 2006, I moved back to Chicago and became a therapist for gang members and members of organized crime upon their release from federal prison. It was challenging and rewarding work and I LOVED my clients, but when one of them threw a stapler at my head in 2013, I decided I wanted to WRITE about people like my clients rather than see them in therapy (cause nobody needs a stapler thrown at their head.) While I was working with these clients I began to write, and I haven't stopped. In 2020, I moved back to LA to become a full time television writer. I tell people....I ALWAYS start off with EVERY intention of writing comedy...but somebody always ends up in a wood chipper. So basically I write thriller/crime stories with dark comedic elements. I am committed to telling stories about complex people, especially women and people of color, who face seemingly insurmountable odds. I am obsessed with the ideas of resilience, forgiveness and redemption. My work in both Hollywood as well as in the prison system, highly informs my writing and I believe I have a clear and powerful voice that needs to be heard. I have LIVED a real life. I am a Latina badass and I am eager to get to work writing for television. In addition to writing for television I'm also a working SAG actor, I have appeared in numerous television shows and on stages across the country and I am repped by DDO Artists Agency. I also work as a consultant for BIPOC artists, and "othered" creatives. I using my counseling background and work in the entertainment business to help my clients get into rooms, own their seats at the table, and thrive as working artists. Vamos. Onward. xo JBR

When the Latina VP of a film studio and champion of the #MeToo movement is blackmailed by her disgraced former boss, she's forced to hire him as her assistant to keep her part in his crimes a secret.