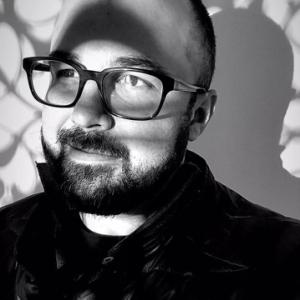 is a writer, photographer, and producer. He co-authored Killer Chef with James Patterson for Little, Brown and Company and the Hachette Book Group. He was an inaugural recipient of the PEN America L'Engle-Rahman Prize for Mentorship. His plays have been developed and featured at SoHo Playhouse, the Samuel French OOB Festival, the Old Vic in London, 59E59, Ensemble Studio Theatre, Laguna Beach High School, Rogue Machine Theatre in Los Angeles, and the Prologue Theatre in Chicago. His commissioned work includes a ten-episode web series for Lexus, a four-spot scavenger hunt for Visit New Orleans, a Central Park wedding surprise with Trivago, and a series of short ghost story plays for high school and college students. He was an Associate Producer on Revealing for the Sundance channel and MTV's True Life. He additionally contributes travel and lifestyle features for Metrosource Magazine, Passport Magazine, Q Digital, and Man About World and has written for The Advocate, Out Magazine and Instinct Magazine. His short film "181" was recently screened in New York and Miami and Uniform has screened at the Reeling Film Festival in Chicago, the Queens World Film Festival (Nominated, Best LGBT Short), Q.Fest St. Louis, the London Lesbian Film Festival, NewFilmmakers Los Angeles, Pride Films and Plays, and Independents Shorts (Gold Award, Best LGBT Short). Uniforms, the play that inspired this project was featured in the Samuel French OOB Festival at Classic Stage Company in August of 2016. His latest project "Christmas" was filmed at the end of 2021 and will be presented as part of the Fresh Fruit Festival's Monologue series in 2022.