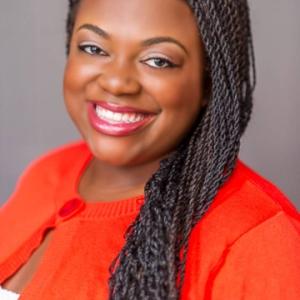 Jeanell Allen is a New York City-based actress, writer and producer, originally from Orlando, Florida. She graduated from NYU’s Tisch School of the Arts with a BFA in drama. She acted on television shows such as “Blue Bloods”, “Law & Order: SVU”, and more. She has placed as a quarterfinalist in Screencraft’s 2020 Comedy Screenplay Competition, Final Draft's 2020 Big Break Screenwriting Competition, and WeScreenplay’s 2021 Feature Screenwriting Competition with her romantic comedy feature “The Mistress Whisperer”. Recently, she placed as a quarterfinalist in Screencraft’s 2021 Screenwriting Fellowship with her socio-psychological thriller television pilot “CODE-S”. Additionally, she received 8's on The Black List for “CODE-S” where it was applauded for its ability to "tell [a story] incredibly unsettling and full of dread, using the carceral nature of mental health care to create an environment where the protagonist feels totally powerless and at the mercy of people with a hidden agenda."