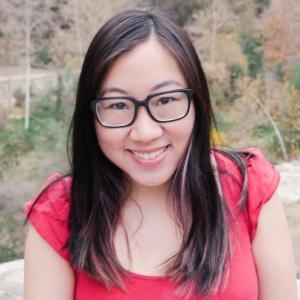 A Los Angeles native and a child of Vietnam War immigrants, Jeane developed a sweet tooth as a child while manning the cash register at her parents’ Chinatown bakery. She grew up on a steady diet of English dubbed Sailor Moon and reading her weekly comic issues. She survived high school in the diverse San Gabriel Valley. Jeane received her BA in English Literature from UCLA and studied abroad in Paris. After graduation, with hopes of working in diplomacy, she interned for her local congressman. But this work convinced her to forgo politics for her real passion: Hollywood. She is an alumna of NBC Writer’s on the Verge program, the Women in Film Black List Episodic Lab, and the Producer’s Guild Workshop. She has had numerous short stories published, did a run on DC’s Vampire Diaries comics, and self-published her debut comic with artist Roy Stewart. She has sold a pilot to Universal Cable Productions and her current pilot is set up at Homegrown Pictures (Netflix’s Dear White People). She has also written several freelance episodes of The CW’s Arrow. Currently, she catches typos and Oxford commas like nobody’s business as a Script Coordinator for The CW’s Arrow. She is repped by Circle of Confusion. Jeane volunteers as a clinic escort and is constantly searching for the perfect old-fashioned recipe to get her through the current ATA-WGA negotiations.

After a car accident, Winona, an anxiety-prone pushover who lives a Donna-Reed-esque life in suburbia gets diagnosed with a real-life brain disease, Urbach-Wiethe, losing her ability to feel fear but gaining a second wind on her new “fearless” life.

A drama about a civil war all-female spy ring operating out of Richmond, Virginia, where opposing sides border each other, providing a divisive and tense backdrop. Formed initially to prevent war and preserve the country’s unity, however, when the Civil War breaks out (in the pilot), the ring aims to end the war swiftly with as little bloodshed as possible. A stylized and heightened world with the wit and tongue-in-cheek humor of BBC’s “Sherlock” and visually epic action in the vein of a Guy Ritchie or Tarantino piece.