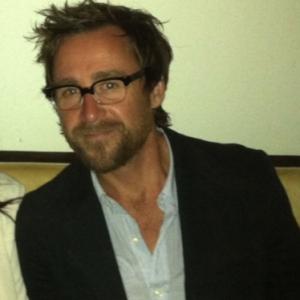 numerous awards and accolades. He went on to collaborate on several more music

videos with Kid Rock before flourishing in the advertising world.

more. The campaign went on to win numerous awards and began a long-time

tbs through his company, The Inhabitants.

For A Drug-Free America, to name a few. He has gone on to direct highly-acclaimed

JB has also written and developed numerous TV series and feature films. Most

recently, he created a series with producer, Jeff G. Waxman, called, The Forest,

JB lives in the Pacific Palisades, CA with his wife Laura and their two kids, Finn (7)

TO HELL AND BACK

Violent bank robbers take a woman hostage and flee to a rural town. But when the townspeople discover who they are, the hostage must become one with her captures in order to get out alive.