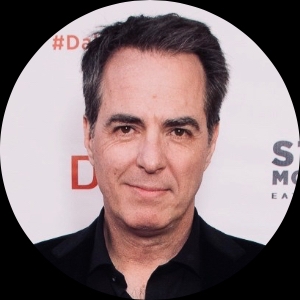 Active philanthropically, Johnathan recently served three years as CEO & President of the non-profit Dallas Film, and Executive Director Dallas International Film Festival transforming the flailing organization into a profitable venture by doubling revenue in the first two years. He created the Veterans Institute for Film & Media (VIFM), a 12-week, hands-on production training program free to honorably discharged veterans.  Johnathan also served on the Community Board for First Credit Union as Vice Chair, and as the Los Angeles representative for the Academy of Canadian Cinema and Television. Johnathan currently serves on the Telly Awards Judging Council.

He has taught, lectured and consulted at some of the most respected institutions, including Harvard, MIT, Boston College, Vancouver Film School, LA Film School, Brandeis University, Wellesley College, NYU, University of Toronto, and Booker T. Washington High School for the Arts in Dallas.

Training in Toronto, NYC and Boston, Johnathan received his BA from Hofstra University and MFA from Brandeis University. He began his career performing on and off Broadway and at the Metropolitan Opera, including all 36 of Shakespeare’s first folio plays.

Fun Facts: Johnathan played Elaine's boyfriend in a famous episode of Seinfeld. Early in his career, he was a stuntman, and includes among his “fun” moments, being engulfed in flames and dropped four stories. He’s an expert swordsman, having trained with Errol Flynn’s stuntman Paddy Crean, and was the “fight director” for more than 100 stage and TV productions.

As the Franco civil war ravages Spain, two star-crossed lovers are caught in the crossfire as they try to save their families and escape their war-torn country.