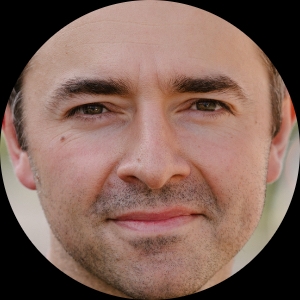 Jason Christou is a creator/writer/director who tells stories infused by his Greek-Cypriot and Austrian/Slovenian background. He works across film, television, interactive, games and documentary.

In 2020 Jason was a finalist in the American Zoetrope Screenplay Contest for his feature A CITIZEN, with co-writer Tanya Farley, which in 2019 also made ‘The Aussie List’ – an initiative of The Black List, Warner Bros Pictures and Veerhuis Pictures. In 2018 Jason was a writer and script editor for NBCU/Matchbox Pictures series NOWHERE BOYS. Jason has been a finalist and shortlisted for three Sundance Screenwriters Labs. He was a finalist for the 2018 Sundance Lab with his feature FEUD, shortlisted in 2019 for A CITIZEN, and in 2016 for NO MAN IS INNOCENT.

Jason is currently creator/writer/director on short-form comedy series ARGUMENTS WITH MY MUM with support from Screen Australia. In 2019 he was engaged as an apprentice director on the AMC/Sony series PREACHER and in 2016 he undertook a director’s placement on the feature film NOWHERE BOYS: THE BOOK OF SHADOWS.

In 2022 he was selected for the AFTRS National Documentary Talent Camp for feature documentary SKINNY which is being developed in collaboration with Walking Fish Productions (CLEAN), and is a current Creative Victoria Creators Fund recipient for Interactive Series/Game For Change WE THE JURY.

Jason short films have screened at Academy-accredited festivals worldwide including Palm Springs. He studied directing at the Victorian College of the Arts and is a screenwriting graduate of Royal Melbourne Institute of Technology (RMIT).