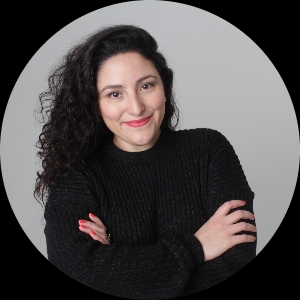 Jamie Tunkel graduated from USC with a BFA in Writing for Screen and Television. Most people hang their diplomas. Instead, she framed her elementary school spelling bee certificate for runner-up. She remembers the word she misspelled and thinks about it daily.

She's been a Script Coordinator on a bunch of shows and pilots since 2016. While working on the first season of the Netflix dramedy GENTEFIED, Jamie co-wrote Episode 109 (“Protest Tacos”).

She tends to write dramedies, often featuring complicated women, 'cause women aren't "strong" all of the time and that's okay.