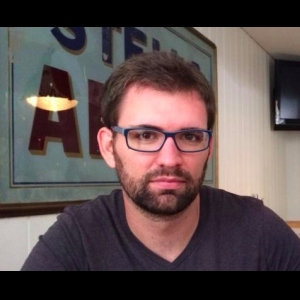 James is an award winning writer and director known for the features Psychoanalysis (2016) and The Pretend One (2017). In 2015 he wrote, directed and acted in the dark comedy Psychoanalysis. The screenplay was one of The Blacklist's top 25 most downloaded screenplays of 2014 and the film has gone on to screen at over ten international film festivals, picking up seven awards and a further four nominations. His screenplay for The Pretend One, was also produced in 2015, directed by Tony Prescott. The film premiered at the Newport Beach Film Festival, was listed as one of the top five Australian films of the year by Cinema Australia and was released in cinemas in 2017. Both films are currently available on iTunes.

Psychoanalysis, The Pretend One
« »

When a psychologist loses five of his clients to suicide in a one week period he goes on a downward spiral, becoming obsessed with the notion that they were murdered by a rival psychologist.