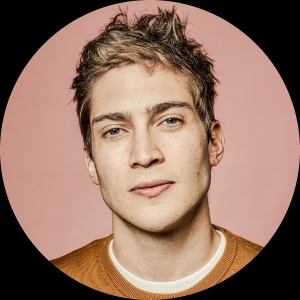 James Morosini was raised in Boston MA. After graduating USC’s School of Cinematic Arts in 2014, James went on to book the lead in a Tim Robbins produced Comedy Central pilot, ULTIMATE ULTIMATE. From there, he’s starred in multiple seasons of FX’s AMERICAN HORROR STORY, FEUD, FOURSOME, CRAZY EX- GIRLFRIEND, CRIMINAL MINDS, LETHAL WEAPON, SON OF ZORN, LOOSELY EXACTLY NICOLE, and others. James recently premiered his first feature THREESOMETHING to sold out audiences at the 2018 Cinequest Film Festival after a teaser went viral with over 8 million views - the film will be distributed by Gravitas Ventures. He is currently working on his second feature, ACNE, which Bret Easton Ellis is attached to executive produce. In addition to these projects, James has made content for Crypt TV, Gunpowder & Sky, and others. He is currently in development with CBS pod Cloud 9 on a show he created about the end of the world. James is represented by Buchwald and Untitled Entertainment as an actor, writer, and director. Checkout his work here - www.jamesmorosini.com/director