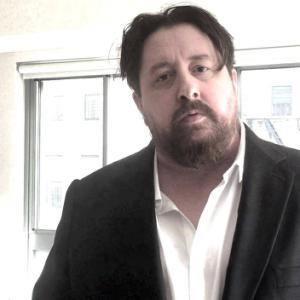 James Merendino is an American movie director and scriptwriter. He was born in New Jersey, and moved with his family to Salt Lake City, Utah when he was six years old. After pursuing post-secondary education in Rome and Los Angeles, California, studying Western philosophy and theology, Merendino settled in Hollywood, California when he was 19 years old, and began a tenure with Hollywood mogul Dan Melnick.

In 1991, Merendino was hired for his first motion picture, Witchcraft IV. His second film, A River Made to Drown In (1997), is a movie that was pivotal to the gay community in the United States, with Richard Chamberlain coming out publicly after the film's release. Merendino's most successful film, SLC Punk, was released in 1998. The film is centered on two punk rockers living in Salt Lake City and follows their daily nihilistic lives. SLC Punk is semi-autobiographical.

The 2000 film Magicians was a European co-production with Alan Arkin and Claire Forlani. Amerikana was produced as part of the Dogma 95 by Lars Von Trier. In 2016, the sequel long awaited sequel to SLC Punk, Punk's Dead was

released. James Merendino has directed 18 movies also served as the writer on the majority of them. He was nominated for best original screenplay at the Independent Spirit Awards.