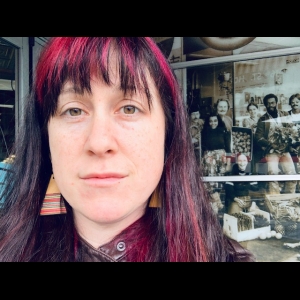 As a television writer, Jade penned a one hour drama "The Golden Cage" set in 1726 in the Ottoman Harem, which has placed as a finalist in the UCLA screenwriting competition, as well as a semifinalist in the ScreenCraft Pilot Launch. On the comedy/dramady side, she has three high-concept half hour comedy pilots that send up sex, tech, and marriage respectively.

Jade's completed feature length scripts include Jailbait, a gritty female-driven neonoir, Death by Homework, a prep school murder mystery satire, and the 1960s period piece, The Acid Amendment, about two kids who set out to change their world with LSD as their primary weapon.

She wrote and produced a short film entitled “Over the Moon,” a story about a boy who can fly, a girl who believes in everything, and a love stronger than gravity. The ten-minute magical realist love story was picked up by Shorts TV for international distribution and brought into Her Mind in Pieces, an feature length anthology of films about women who live at the horizon of real and unreal.