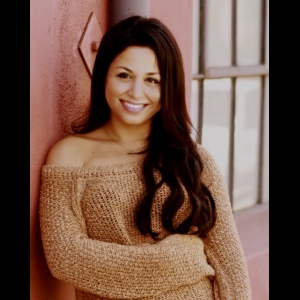 Jacqueline Donabedian is a drama writer who can roll with the punches. Growing up in an Armenian-Italian household, Jacqueline and her family broke lavash and focaccia every night together, regardless of the heated arguments that transpired seconds earlier. Jacqueline is originally from the sunny San Fernando Valley, but she’s not your typical valley girl. Jacqueline currently has a ringside seat in the writers’ room on “Grey’s Anatomy” (ABC) and prior to that, she worked on “Lethal Weapon” (FOX) for three seasons. Previously, Jacqueline worked in film development at Paramount Pictures— the first building block in her sturdy, storytelling foundation. Jacqueline also contributes to other mediums outside of television and writes articles for WeLikeLA, an online magazine that focuses on events, lifestyle, and trends in Los Angeles. Additionally, Jacqueline has written episodes for the Parcast Network and co-hosted and produced her own comedy-geared podcast called “Shotgun Brunch” where she delved into the inner-workings of L.A.'s funniest, up-and-coming comedians over brunch. In between her busy jobs, Jacqueline is also developing her own projects. As versatile as they come, Jacqueline understands the blow-by-blow of both comedy and drama. While Jacqueline prefers to be behind the laptop these days, she has taken courses at the Second City Training Center and performed improv and stand-up at a few iconic venues in Los Angeles. Jacqueline has collected several achievements in her writing career including finalist placement in the 2020 Walt Disney Television Writing Program, and semi-finalist status in the 2020 Warner Bros. Television Writers’ Workshop. And when she’s not writing? Jacqueline is fiercely throwing a one-two combo at her neighborhood boxing gym.