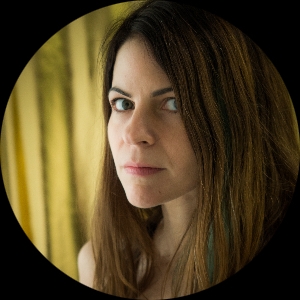 Ivette García Dávila is a bilingual Cuban-Puerto Rican author and award-winning filmmaker based out of Los Angeles. Ivette’s been shortlisted for the Nicholls, the Women in Film / The Black List Writers Residency, Final Draft Big Break Screenplay Competition, the Universal Writers Program, and the Disney TV Writing Program. Her film CAREER DAY won best short at the HBO NY Latino Film Festival. Ivette has an MFA in Film, is a fellow of the Trinidad + Tobago International Film Festival (TTFF) Filmmaker’s Immersion Program and a recipient of NALIP’s Emerging Content Creator Scholarship. Most recently, she wrote the treatment for a scripted interactive narrative with Doug Liman’s outfit 30 Ninjas and has projects in development with Dark Matter Entertainment and Herschend Studios.

With her marriage on the rocks, an uptight Cuban-American plastic surgeon recruits her two estranged best friends, a conservative Southern Belle and a tough-as-nails Puerto Rican, to search for her family’s long lost treasure in Cuba, but they must shift gears when a sexy con man gets in their way.