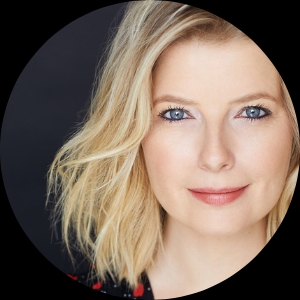 IVANA SHEIN is a second-generation Canadian playwright, who won Canada’s Last Comic Standing and was featured at Montreal’s The Just For Laughs Festival. She got her degree from Juilliard’s sister conservatory, The National Theatre School of Canada, for playwriting.  After graduating she appeared as a young Patricia Clarkson in Lucky McKee’s "The Woods", as well as the life changing role of Receptionist Number Two in Richard J Lewis’s Barney’s Version. As far as the Department of Homeland Security is concerned, Ivana “starred’ along side Dustin Hoffman and Paul Giamatti. This life saving (white) lie led to the creation of her one woman play, "The Life Changing Role of Receptionist Number Two", which Richard J Lewis directed at The Comedy Central stage Faking It was also performed at Just For Laughs, and Upright Citizen Brigade. Her play "Single" is now a pilot for the series The Music In Us also partnered with Richard J Lewis, and repped by ICM Partners that takes a deep dive into the work of Canadian music icons.  When Cameron Crowe read her pilot for the series "The Music in Us" he said - thank you Ivana for knowing instinctually that all the best music comes from Canada. Ms. Shein has a podcast in development with David Katsman (Sugar23) "Skinny Dipping" that she will host. Ivana can currently be seen recurring on Shonda Rhimes’ ABC series, STATION 19.