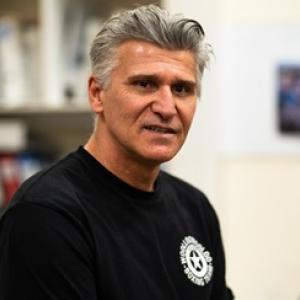 A fifteen year acting career, several years as an advertising creative and jobs as diverse as a blacksmith, mechanic, outback miner to managing a nightclub in Scotland, have provided Ivan with a unique story telling perspective.

Although he has appeared in numerous award winning movies (Suburban Mayhem, 2006), TV Shows (Rake, 2010) and theatre productions (The Beebop Apocalypse 2015) he has only been writing screenplays since 2007. During this time he has written three three feature film scripts which are ready for production with a further two in development.

Ivan has a BA in Communications, majoring in Print and Broadcast Journalism and Film and Television. A diploma in copywriting from the Australian Writers and Art Directors School and a diploma in the Meisner Acting Technique.

The Finished People, Rake, The Half Dead
« »