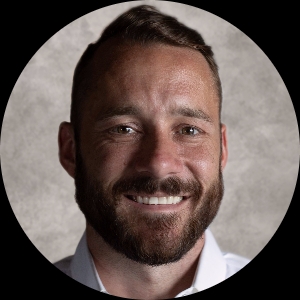 A mutli-award winning and optioned screenwriter, Isaiah Mouw is a published author, producer and screenwriter with several spec screenplays and teleplays ready to be produced.

Isaiah’s passion for film began when as a kid, living in Japan, he stumbled upon a worn-out VHS tape of Star Wars: A New Hope. Since then, he’s taken in movies by the thousands.

Isaiah received his Masters from the University of Tennessee at Chattanooga. In addition to screenwriting, Isaiah works in the parking and mobility industry where he was recently named as the number one parking and mobility professional in the world. In August of 2013, he was commissioned as a Honorary Kentucky Colonel by the Commonwealth of Kentucky and in July of 2021, he was commissioned as an Honorary Arkansas Traveler by the State of Arkansas.

In efforts to keep his business from going bankrupt and the mob from collecting on a debt he cannot pay, a desperate, shady gun dealer in the small town of Why, Arizona mimics a neighboring serial-shooting spree, only to find himself under the relentless scrutiny of a rookie, pregnant detective.

LILY OF THE VALLEY

An ornery florist comes up with creative ways for the 100-year-old loveable, town founder to die more quickly to prevent his supermarket with a floral shop from opening and to sell a bunch of flowers at his funeral, while the florists’ happy-go-lucky, pushover husband tries to stop her.