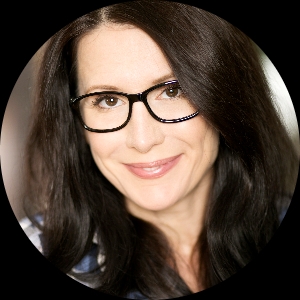 Born in Hungary, Isabella spent most of her life in NYC and LA. She quit her pre-med studies to attend The Lee Strasberg Theater Institute, but fell madly in love with screenwriting on her 1st movie set. Craving the CA coast and the "Hollywood Dream," she moved to Los Angeles where she trained at The Groundlings and Second City, and wrote and acted in a comedy sketch group, which transitioned into an opportunity to develop sitcom pilots for an indie producer. Soon after, one of her feature spec scripts landed her a personal writing assistant gig for an A-list producer, but she took a big step back from her creative endeavors to be a mom whilst also managing to build a successful headshots photography business; however, since 2019 she has put 100% of her efforts into writing scripts. Isabella loves to write dark and gory stories, and has a penchant for putting her protagonists through Hell, but she also loves to make people laugh, and comedy will always be her first love. In March 2022, she was top 3 FINALIST in TrackingB's feature screenplay contest with her grounded thriller, Harper Mason. Two months later she came in 2nd in StoryPros Awards with the same script. She would love a great rep who sees her as a kickass, dynamic writer with a wild imagination and no shortage of amazing story ideas.

WE MADE A ZOMBIE

Three high school buddies create a zombie virus (and an antivirus), but when one of the friend's curious little brother accidentally infects himself, the race is on to find him before he unleashes a zombie apocalypse.