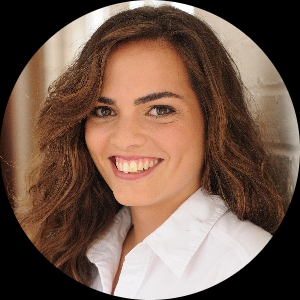 Iraisa Ann Reilly is a Jersey-born, New York-based artist with artistic origins in Philadelphia. She has a passion for telling stories that are bilingual, bicultural, and that actively address social concerns. Her play The Jersey Devil is a Papi Chulo was on the Yale Drama Series Shortlist (2022), and a recipient of the KCACTF Latinx New Play Prize and Mark Twain Prize for comedic playwriting (2021). Iraisa Ann’s play Good Cuban Girls was developed and produced by Teatro Del Sol (at the Arden Theatre, 2019). Her work has been recognized by The Bay Area Playwright’s Festival, New York Classical Theatre, and Rorschach Theatre, and developed by The New Harmony Project, Theatre Exile, and NYU Production Lab’s Development Studio. Iraisa Ann’s screenplay, La Reina Del Bronx won Best Feature Screenplay at the Fusion Film Festival, 2022. As a performer, she recently appeared in Philadelphia Theatre Company’s production of The Wolves (#14), and wrote, produced and performed her own one-woman show, A Beginner’s Guide to Interpreting Aphasia for the Philadelphia Solow Fest. She is currently under commission with Texas A&M University-Corpus Christi to write a play about the life and work of Mexican-American civil rights activist, Dr. Hector P. Garcia. Iraisa Ann was semifinalist for the Page 73 Fellowship, 2019, and a recipient of the Chair Award from NYU’s Department of Dramatic Writing 2021. MFA in Dramatic Writing, NYU, BA Theatre and English University of Notre Dame. iraisaannreilly.com

In 1961 a sheltered Cuban Catholic refugee forms an unlikely friendship with a drag queen, until the sins of her past threaten to tear them apart.