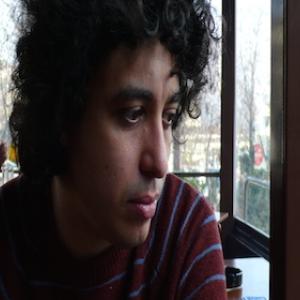 Inan Temelkuran was born in Izmir in 1976. He finished Bornova Anadolu High school in 1994 and graduated from the Faculty of Law at Ankara University in 1998. In the same year, he received a fellowship from the Spanish Government and researched on the Franco period in Spain. Temelkuran finished the Department of Film Director at TAI Visual Arts School in 2003. At the Madrid Young Art Competition, he received the Best Documentary Award for his short documentary film “Soğuk Bir Gecede”, which′s theme was Turkish wedding. In 2005, Temelkuran returned to Turkey. In 2007, he completed his long film “Made in Europe”, which he started to shoot in 2004. In 2009, Temelkuran was awarded the Best Film for “Bornova Bornova” at the 46th International Antalya Altın Portakal Film Festival. In 2012 he moved to USA. In 2013 his script "Everyone For Himself" won the CNC award ( France National Cinematography and Motion Picture Academy). In 2015 he co-wrote the script for Takim-Mahalle Askina with Emre Sahin for Karga Seven Pictures. 2016 He wrote, produced and directed and experimental feature A.K.A Ozzy. In 2018 he started to write the dialogues for TV show DreamsvsFacts.

Four lower class individuals trying to find shelter in love in a country that is going crazy.