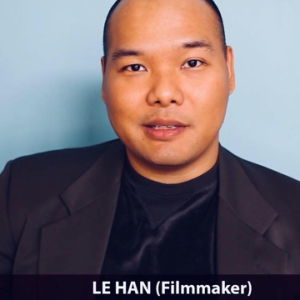 Le Han was born in Vietnam. He is an independent writer and director that resides in Los Angeles, California. He graduated with a Master's Degree in Design from Raffles College of Design in Sydney, Australia in 2012. He taught in college for a few years before making a switch to writing and directing full-time. Hoang wrote and directed five short experimental films from 2015 to 2018 that won several awards. His first film "The Great Game of Men" was nominated as a finalist in nine festivals in 2017. A huge fan of cinema history and classic literature, Hoang enjoys writing stories with complex characters and compelling plot twists.

THE GREAT GAME OF MEN
Producer
« »