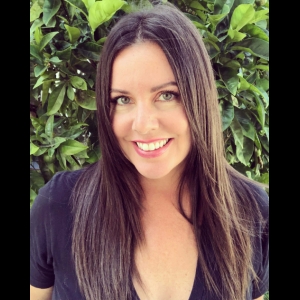 Heather Magee is a Canadian independent filmmaker originally from Vancouver, British Columbia and now based in Venice, California. She is a writer, producer and director known for The Shop Around the Corner (2019), a film born from her award-winning script. Heather's greatest creative influences are the romantic comedies and dramedies penned by Richard Curtis, Nancy Meyers, Cameron Crowe and Diablo Cody.

The Shop Around the Corner
Producer
« »

While spying on a neighboring high-rise, a curious newspaper editor is compelled to carry out anonymous acts of kindness, until a nosy neighbor threatens to expose her, unraveling her good deeds and the relationships she holds dearest.

Amid an era of free love and social revolution, two young women struggle to carve out their own paths in life while, unbeknownst to each other, are entangled with the same famous musician.

THE SHOP AROUND THE CORNER

The quirky owner of a small flower shop fantasizes about a more adventurous life, despite her tendency to hide amidst the day-to-day demands of her business. Unbeknownst to her, the shop is a paranormal portal that links the spirits of past patrons to present day, leveraging its current tenant to relay messages to the living. Meanwhile, a mysterious regular customer shines a light on her longing for family, unlocking a glimpse into her future.⁣