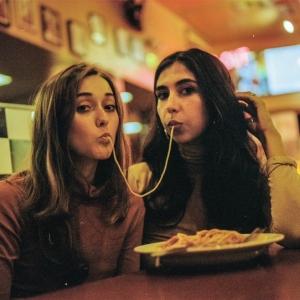 Danya Jimenez and Hannah McMechan are the caramel-vanilla writing duo you’ve been waiting for: Danya is originally from Tijuana, but moved to Orange County where she spent her adolescent years learning English from the children of "The Real Housewives of OC.” Hannah grew up in a town of 5,000 people outside of Yosemite National Park where the police force consisted of one single cop on a horse. The unlikely pair found each other at a frat party during their Freshmen year of college and have been in what some have labeled a “toxic codependent relationship” ever since! Their first pilot earned them a place in the 2017 Black List x Women in Film Episodic Television Lab. Since then, the girls have found representation with Mosaic and Verve, had their scripts produced as short films and proof-of-concepts by various female directors, and co-wrote/co-directed the 2018 Black List Release Video! Currently, the girls are rewriting a feature for Sony and aggressively trying to staff on a TV show.

A group of homeless millennials living in a subway station pursue security, purpose, and love... despite various setbacks.

In a world where proximity to other humans rapidly ages you, two young adults who have never interacted with another person reconsider their isolated lifestyles and uncover the shady politics of their divided society.

Have you ever worried that your straight white boyfriend will kill you and wear your Latina skin to his next general? Or that your vagina will close up if you don’t have sex in three months? These are just a few of the super realistic fears explored in Nasty.