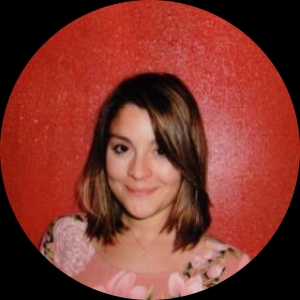 Hannah is a filmmaker interested in pushing the conventions of genre and utilizing experimental techniques to facilitate dialogue. Her 2021 short Self Harmonize, shot on Super 8mm, is an uplifting depiction of experimentation with makeup and gender expression. Her 2020 science fiction short, Built to Howl, depicts a married couple who debate if they will retreat to their underground condominium. Built to Howl won Best Scifi Short at the Hollywood Reel Independent Film Festival, and was also an official selection of the Orlando Film Festival, New Faces New Voices, and Retrospective of Jupiter. She has adapted the short into a feature length screenplay which she wishes to direct with the right producing partners.

Hannah has a decade of experience in film and television production. During her time with Janklow & Nesbit and Intellectual Property Group, she provided authors with detailed notes on their manuscripts to prime them for both publishing and adaptation. She spent four years with George Clooney and Grant Heslov's Smokehouse Pictures where she read manuscripts, screenplays, and articles for potential films and series, tracked authors and screenwriters, and prepared visual pitch decks. She has been a freelance studio reader for both Amazon and Fremantle. Most recently, she was a Showrunner's Assistant for Peter Moffat on Showtime's Your Honor and AMC's 61st Street. She studied Film & English at Vanderbilt University.