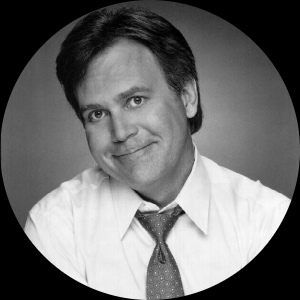 PAGE Awards winner. Hal Harris is an award-winning writer and has been a working actor, professional juggler, and SAG member for almost... well, a long time. For the last eight years he has concentrated on writing screenplays full-time and has a stable of over nine that are finished, polished, and ALL of which have placed highly in major competitions. Three of his scripts have been WINNERS including a Silver win in the PAGE Awards, a comedy win in StoryPros, and a Creative Concept win in the Creative World Awards. He’s a nice guy too.

StoryPros International finalist. An eccentric group of ufologists clash with the rival paranormal investigation team over who can take top prize at the annual state pseudoscience fair.

StoryPros Awards winner. On the eve of his Las Vegas wedding, a man shares a wild adventure with a dynamic young woman who forces him to face his fears and reevaluate his life.

A jaded young woman and a naïve statistician are thrown together when they become caught up in the crazed plan of an international criminal to hijack one of the world’s most iconic pyramids..

PAGE Awards winner. An idealistic teacher is caught in the middle when his class of whiz kids secretly come up with a wild, ingenious plan to beat the annual school evaluation test.

THE MOST ABSOLUTE THING

When a disillusioned salesman unintentionally swaps time periods with his childhood self, he is accused of kidnapping and must outwit corrupt city officials in order to return to the present.

Creative World Awards winner. The daughter of two marine biologists turns their world upside down when she reveals that not only can she communicate with dolphins, they are far more complex and advanced than anyone had imagined.