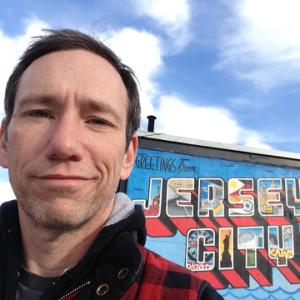 Guy's contained horror/thriller Dark Ages is a 2021 Nicholl Fellowship Quarterfinalist, and his pilot "Fishtown" was a finalist in the 2020 ATX Festival Pitch Competition, a semi-finalist in the 2020 Final Draft Big Break, and an Austin Film Festival Teleplay Competition 2nd Rounder. He wrote and directed the award-winning indie action thriller “Pearl,” which despite having a budget less than the price of a used car, was acquired for international distribution by Indican Pictures. His sci-fi comedy feature "Snatchers" debuted at the 2020 Brooklyn Film Festival. An alumnus of the world-famous Upright Citizens Brigade Theatre, Guy was a contributing writer for The Onion News Network and MTV’s “Popzilla," and his work has appeared on College Humor and UCBComedy.com.

In a dark near future, the United States collapses, and a grieving parent must become the father of a new nation and a key figure in the second American Civil War.