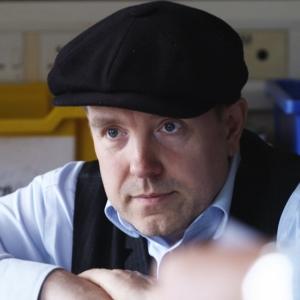 Guy Ducker has written and directed numerous shorts and has edited seven commerically released feature films. Following a post-graduate course in Film & TV at Bristol University, Guy worked as assistant and then editor on 20 movies, from commercial hits like Calendar Girls and Harry Potter and the Deathly Hallows to BAFTA winners like The Warrior.

Guy was selected for the London Film Festival’s talent campus, Think-Shoot-Distribute. His films have played festivals around the world, have been shown by international broadcasters including BBC, HBO and PBS; they have exceeded a quarter of a million hits online.

His project Nitrate, a feature currently in development with producer Christine Hartland, had an award-winning trailer showcased at Cannes, since when it has won development funding from MEDIA. His blog Tales from the Cutting Room Floor has attracted 100,000 readers.

SHADOW ON THE SANDS BY GUY DUCKER "FILM"

A supergrass is five days away from giving evidence that will bring down his whole gang. Despite police precautions of hiding him in a remote cottage, someone is coming for him. But is it a hit-man or a vengeful ghost determined that he should pay for his past?

THE MAN WHO KILLED THE WORLD "FILM"

An engineer running for his life from mob justice hides on an isolated Scottish island. But what will happen if the islanders find out that he’s a climate criminal?