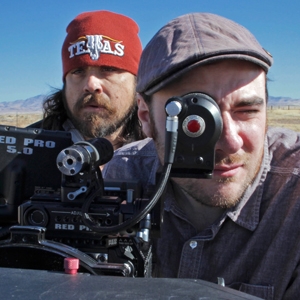 The pair co-wrote and directed their $7,000 debut, THE WILD MAN OF THE NAVIDAD, which was released internationally by IFC Films in 2009. They later teamed with TEXAS CHAINSAW MASSACRE co-creator Kim Henkel for their sophomore directorial effort, BUTCHER BOYS, which BlumHouse.com recently named as one of "10 Amazing Horror Movies You Might Have Missed." In 2014, Graves and Meeks co-wrote/directed their dark Western KILL OR BE KILLED, released in 2016 by RLJE Films.

Up Syndrome, The Wild Man of the Navidad, Butcher Boys, Kill or Be Killed
Producer
« »