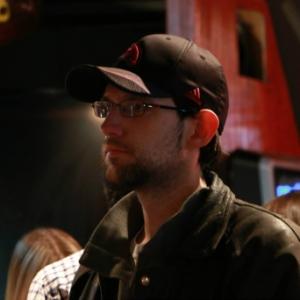 Graham Waldrop is an independent producer/writer based in Atlanta, Georgia. Waldrop produced and co-wrote the self-financed independent feature film, "Release" directed by Edward Varnie which was distributed by Global Digital Releasing in 2019. Waldrop has been writing a number of scripts, continuing his passion for storytelling. His latest script is Zombie With A Chainsaw!!! Or Cruel Death Will Surrender.

A PIECE OF STEAK

An aging boxer facing destitution recalls the decisions over the course of his life leading up to the final fight of his career that will determine the fate of his family.