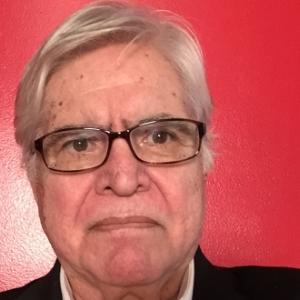 BA in Communications from Excelsior College, Studied Film at the University of Miami, then a MIBA in International Business from Nova Southeastern University.

George has taught Film Production and Screenwriting at the prestige’s Florida State University School of Motion Pictures in Tallahassee, FL. Some of his students from FSU went on to win the Academy Award for Best Picture and Best Screenplay for MOONLIGHT.

ICE (Immigration Customs Enforcement)are the frontline troops for the Department of Homeland Security. They are the ones that stop them at the border.

A money desperate Dot Com Exec goes to Ireland to hopefully pick up an inheritance from a long lost uncle only to find it's just a Golden Dubloom from a Leprechauns pot of Gold and the Leprechaun wants it back.