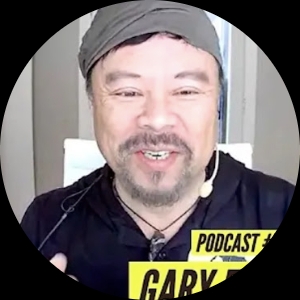 Gary entered two screenplays into competition for critique. Two of his films, “Objects Of Desire” and “Billy Shears” were finalists at the Final Draft Big Break Contest. A third screenplay, “Nowhere Man” was a finalist in the “Scriptapolooza” showcase.

Gary is a prolific and capable screenwriter and just getting his start as a director. Gary has an exciting and eclectic visual style. It has been a pleasure watching him grow in this area.

After meeting Gary Fong just a few short years ago - it was quite apparent that his breadth of knowledge and success in a variety of businesses gave him a much welcomed, fresh perspective on storytelling and that perspective is reflected in his screenplays. His background as a photographer also gives him an highly visual style which no doubt will lead him to directing movies in the future which I will happily watch. And no doubt I will be looking to work with him anytime!

Gary Fong is a fresh new voice this industry is so in need of at this time. Original, captivating and strong. Rarely have I read scripts so beautifully designed plot wise with such nuanced characters. Though Gary is new to the script writing and or film world he writes with the ease of a seasoned professional. I think a lot of his unique story vantages comes from years of being a photographer. Telling a story without words is hard enough, but now that he has taken to the page his world is expanded. I have had the pleasure of reading two of Gary’s current screen plays. I am excited and honored to hopefully read his next as soon as he turns the pages in. So excited to see your visions brought to life Gary. Keep us entertained.