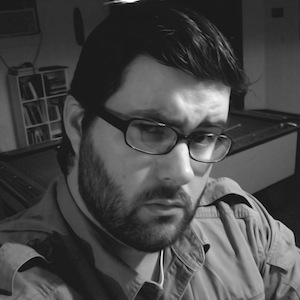 Midwest-based writer and filmmaker specializing in horror and thrillers.

Epic. Sci-fi. Horror. Yes, you read that right. Sci-fi and horror on an epic scale. How many times have you seen all three of those in a film? Maybe never. Lieutenant Dan Anderson of the Glen Meadows Police Department serves as our narrator in 2015. Entertaining his young trainee during the daily slog of rural law enforcement, Dan recounts the decades-long history of violence at the “Highway D house.” Detailing two tales of bloody horror, one in 1974 and another in 1997, he introduces the possibility that the house may be cursed. Back in 2015, Dan and his trainee are tasked with investigating vandalism at the now-uninhabited Highway D house. An amateur paranormal investigator ignores Dan’s warning and trespasses on the property anyway, reawakening the malignant force still lingering there. The story moves even further back in time, to 1962, when the evil attached to the house was first invited in. Is a failed corn farmer to blame? Or perhaps an occult-obsessed hermit who lives in the surrounding woods? In 2017, a passionate adjunct professor from a local university sets out to document the history of the Highway D house. She interviews a victim of the house who points her to Dan Anderson, now retired. With Dan’s help and the technical expertise of a few friends from the university, the adjunct professor uncovers a reality beyond the team’s wildest imaginings. But is it paranormal in nature or something else entirely? Given the full scope of the threat, the team decides to confront the malevolent force head-on lest Earth be tainted with its presence forever. They succeed in leveling the playing field using a technological device invented by the team’s math expert. "The Reticulator" chronicles decades of hauntings, strange phenomena and murder, all of which lead to a scintillating and satisfying showdown with the ancient horror terrorizing the rural farmhouse. Epic in scale, the author estimates a budget of $20-25 million and envisions a run time of at least 165 minutes.