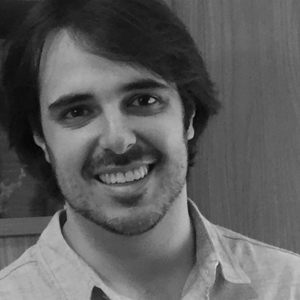 Born and raised in Brazil, Felipe attended film school there before moving to California in '06 where he got a Master's degree in Film Production from Chapman University. In 2011 Felipe moved back to São Paulo and started working on the feature-length script Bullet With No Name: a cat-and-mouse thriller with twists and turns Felipe went on to direct in 2012 with a stellar cast. The indie feature was shot with a $20K budget and had a lengthy post-production until it was bought by 20th Century Fox International.

From 2013 until now Felipe has mainly worked with comic books and graphic novels having raised over a million dollars on Kickstarter and another $200K in a similar platform in Brazil, won prestigious awards and even licensed one of his IPs to Rock Manor Games - a board game specialty studio.

He is currently producing a four-part graphic novel for CSI's creator Anthony Zuiker and feels it's time to go back to his top passions: film & TV.

TOO GOOD TO BE TRUE

A young man struggles with his calling as a comic book artist till he accidentally meets a Hollywood starlet who becomes his muse.