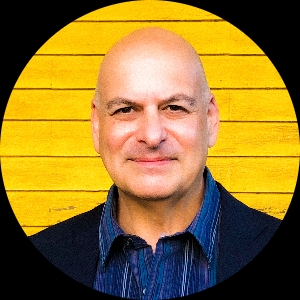 Evan I. Schwartz tells stories about innovation, climate, science, and technology. His work has appeared in WIRED, Discover, MIT Technology Review and has been selected for The Best American Science & Nature Writing. He lives in Santa Monica by the ocean; his drives up and down the California coast inspired SAVED BY THE SEA, his feature screenplay about a powerful climate solution.

Since 2020, Evan has served as a team member and storyteller for SPEED & SCALE: An Action Plan for Solving Our Climate Crisis Now, by John Doerr (Penguin/Portfolio, 2021). The national bestseller has been endorsed by Al Gore, Barack Obama, John Kerry and Christiana Figueres, leader of the Paris Agreement, and been called "the single best guide to climate solutions" by CNN's Fareed Zakaria.

Evan produced and wrote the PBS/NOVA documentary SAVED BY THE SUN, which gauges the future of solar power, premiering on Earth Day 2007, and has since been seen by nearly 20 million viewers.

He is the author of two historical narratives, THE LAST LONE INVENTOR (HarperCollins) and FINDING OZ (Houghton Mifflin). As a documentary writer and producer, his work has also appeared on Netflix and Showtime. Evan's pilot script OTOPIA was a 2019 semi-finalist for Final Draft's Big Break.