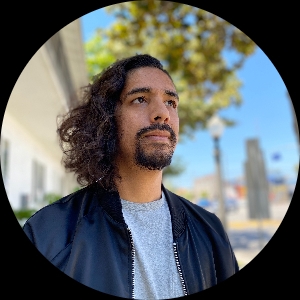 Castrillon is a Colombian-American writer/director. His feature film, Blast Beat, premiered at the 2020 Sundance Film Festival as part of the U.S. Dramatic Competition. Sony Pictures and Vertical Entertainment picked up Blast Beat for distribution, which was released in May, 2021. His work has been critically acclaimed in the U.S. and abroad, connecting with audiences across multiple cultures and genres. In 2021 he consulted for Disney’s animated film, Encanto, and was part of a think tank created by Sony and Montecito Pictures to bring Latinx representation to the big screen. In 2019 he was a fellow in NALIP's Latino Lens Showcase. In 2018 he was a writing fellow at the Fox Writer's Lab. In 2015 he was a writing fellow at Film Independent's feature artist development program, Project Involve. He’s a music junkie who enjoys strumming his guitar, composing songs, drawing quirky monsters, painting on canvas, and learning about the mystifying properties of the natural world. He’s currently developing an other-worldly sci-fi thriller at TaylorMade Productions as well as a horror streaming film at MGM TV International. Castrillon got his MFA in Writing for the Screen and Television from the University of Southern California, and his BA in English Literature from the Florida International University. He’s currently represented by Mark Ross at the Paradigm Talent Agency and is managed by Carlos Bobadilla at Valor Entertainment Group.