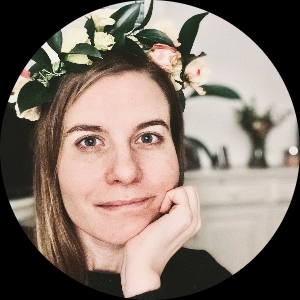 Erica Tennyson is a fiercely passionate lover of film. From 2012-2017 she worked for film festivals (including Sundance, Los, Newport Beach Film Festival, Mill Valley Film Festival, San Francisco International, Tribeca Film Festival, and AFI Fest). Most notably she was the director of the Big Bear Film Festival for 2 years.

in 2018 she pivoted to writing and producing. She received her MFA in Creative Producing from Columbia University. She has worked on many student films, including her own adaptation of Joelle Jones’ Lady Killer. Erica was a 2020 Sloan Feature Screenplay Award winner for her feature, After Party. She completed development internships at Blumhouse, Kaleidescope and Nine Stories Productions. She is an energetic, detail oriented, effective writer/producer. Erica lives in Queens, New York.