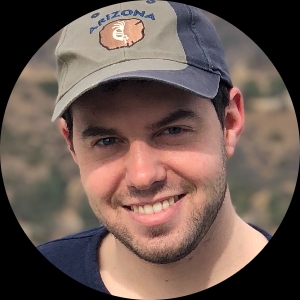 After graduating from Emerson College as a film production major, Eric worked as an assistant for David Blaine and later at ICM Partners while writing screenplays on the side. His script, BAD 'N' RUIN, recently made it into the Beverly Hills Film Festival as a Finalist. His newest script KIWI was also accepted into the Vail Film Festival's Screenplay Competition.