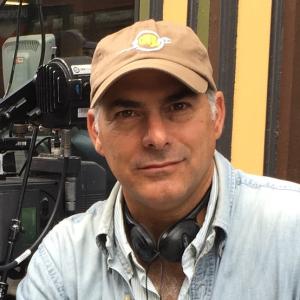 Shortly after graduating from Northwestern University and starting his career as a coffee boy for Tom Hanks on the Gary Marshall-directed NOTHING IN COMMON and working as a production assistant on HANOI HILTON starring Michael Moriarty, David Soul and Jeffrey Jones, Posner went to work for world-renowned filmmaker Pedro Almodovar, playing a key role in the financing, distribution, marketing and PR for his early films, including his breakthrough Academy Award-nominated WOMEN ON THE VERGE OF A NERVOUS BREAKDOWN. He went on to produce Almodovar's Golden Globe nominee HIGH HEELS and TIE ME UP, TIE ME DOWN starring Antonio Banderas. In 1992, Posner created his own production company and film production fund, Filmania. He produced several films, including UNCOVERED, directed by Jim McBride and starring Kate Beckinsale; LOST IN TRANSIT, starring Jean Rochefort; STIFF UPPER LIPS, starring Sir Peter Ustinov and METROLAND starring Christian Bale. He also helped structure financing for several films including Roman Polanski’s DEATH AND THE MAIDEN and Sally Potter's TANGO LESSON.

Tie Me Up Tie Me Down, High Heels, The Lady And The Reaper
« »

A brilliant scientist, one of the first to cure cancer, imprisons his own son in a germ-free plastic bubble during a decade-long effort to savehim from a rare blood disease which he may have triggered, and for which the boy became popularly known as The Boy in The PlasticBubble.