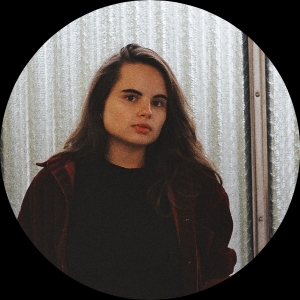 Emma Josephson is a queer screenwriter and director currently based in Portland, Oregon. She makes films centering the strange, bold, and inspiring parts of other people and the worlds they navigate. Much of her inspiration comes from flipping the mundane and sometimes difficult parts of reality on its head. Emma writes and directs films of many genres but most include main characters identifying as queer. She began her career making award-winning student films. She now works as a freelance commercial video editor for some of the world’s largest companies while developing her own independent passion projects.

Emma’s films have been official selections at festivals including the Atlanta Film Festival and Dance With Films. Her screenwriting has been nominated for a Student Emmy. Emma’s films have received support through Boyish Media, OMPA, Regional Arts & Culture Council (RACC), and Koerner Camera. She is finalizing two feature screenplays titled “There is No Good Place” and “Strings Attached” which she will direct, and is in post-production for her next short film “All Roads Lead to Someone Else”.