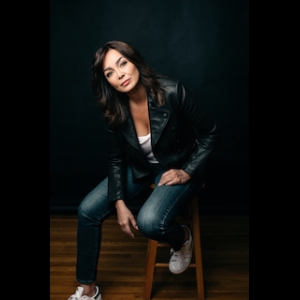 She first garnered critical acclaim with her autobiographical, Off-Broadway stage play, "Brownsville Bred” for which she won the 2011 HOLA award for excellence in playwriting, and was named "Trendsetter" at the Multi-Cultural Media Forum. The play chronicles Elaine's true Nuyorican (New York-Puerto Rican) coming-of-age amidst the deteriorating backdrop of 1980's Brownsville Brooklyn. “Brownsville Bred” was subsequently published as a YA novel and is now a part of Creative Writing and American Latino Cultural studies in public schools. Her books are also a part of the Latinx House (2020) library featured at major festivals around the world.

Elaine has an incredible gift for combining humor and emotion. She has won numerous Best Director and Best Short Film awards. Elaine’s short, “Me 3.769”, has screened in competition at top tier festivals and premiered on HBO in 2019.

As the owner and operator of Del Valle Casting, Elaine has become the go-to person for up-and-coming diverse talent and rising stars for many high profile brands, studios and agencies.

Elaine was featured in the PBS documentary "Beating The Odds", alongside luminaries such as Michelle Obama.

Elaine is the recipient of the "Madrina" award (Prime Latino Media-2017) and the "Vanguard" award (Official Latino 2019). Both awards reflect her leadership in and support of the Latinx independent filmmaking community.

Elaine’s latest short film, “Princess Cut” doubles as her directorial debut in a television pilot and will premiere at the Miami Film Festival in 2020.

Elaine is a partner in Amiga Pictures- a Brooklyn & Miami based full-service production company committed to creating engaging, cinematic films for agencies and brands.

IN THE FACE OF HER FATHER’S ADDICTION, AN ALTRUISTIC YOUNG LATINA STRUGGLES TO RECLAIM HER SELF WORTH, AMIDST HER DETERIORATING BROWNSVILLE BROOKLYN WELFARE PROJECTS.