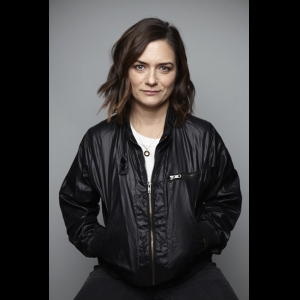 Eileen Álvarez is a Latinx Writer/Actor/Director who grew up in San Francisco, and was raised by political activist parents who fled Argentina in exile during the military dictatorship of '76. Upon finishing high school, Eileen migrated to L.A to pursue a degree in Philosophy from UCLA, and after graduating with honors, she traded her books on Aristotle for books on Stanislavski and moved to New York where she received her M.F.A from the Actors Studio. Eileen first turned to writing and filmmaking with her directorial debut film, Finding Mabel, an award winning feature about Argentina's 30,000 Disappeared. Her sophomore film Grit, which screened in dozens of festivals across the globe to rave reviews and awards, is a comedy about infertility, and deals with a transgressive single woman who takes her reproductive matters into her own hands. Eileen is a proud member of SAG-AFTRA, Film Fatales, The Actors Studio, and she is represented by Stagecoach Entertainment.