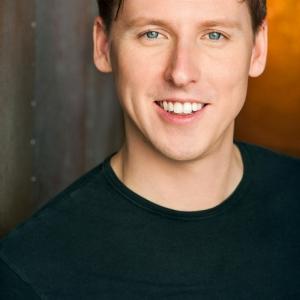 Ed Kiniry-Ostro has been seen in numerous works including IT’S ALWAYS SUNNY IN PHILADELPHIA, HOW I MET YOUR MOTHER, ARRESTED DEVELOPMENT, and HAPPY ENDINGS. In his writing, he's now working closely with an A-List actor and production company. ScreenCraft named Ed a Semifinalist for the 2022 TV Pilot Script Competition with THE GREAT AMERICAN YEARS. His comedic web series, ROOMIESS, ran for two seasons. It was a critical darling nabbing The Advocate's 2014 "Hot Sheet" and then a development deal with Retrofit Films in 2017. His first short film, HOLD UP HEART, made the international festival rounds back in 2014. This dark comedy was an official selection of several film festivals, including HollyShorts, KAHBANG, Concorto and the Festival of Pelagia, in addition to being nominated for Best Comedy at the Action On Film Festival. A founding member of the Grammy-nominated group The Silver Lake Chorus, The Wall Street Journal has named their work "ornate and complex.” A graduate of California Institute of the Arts, he has performed and studied at IO West and The Groundlings, his theater credits extensive working from coast to coast.

A native of Maine, Ed knows "you can't get there from here."

A character-driven, half-hour comedy following James & Eli and their outlandish politically polarized family and friends. Each episode highlights the joyful horrors of wedding planning set amidst the super queer times of American culture in the latter 20th and early 21st centuries.